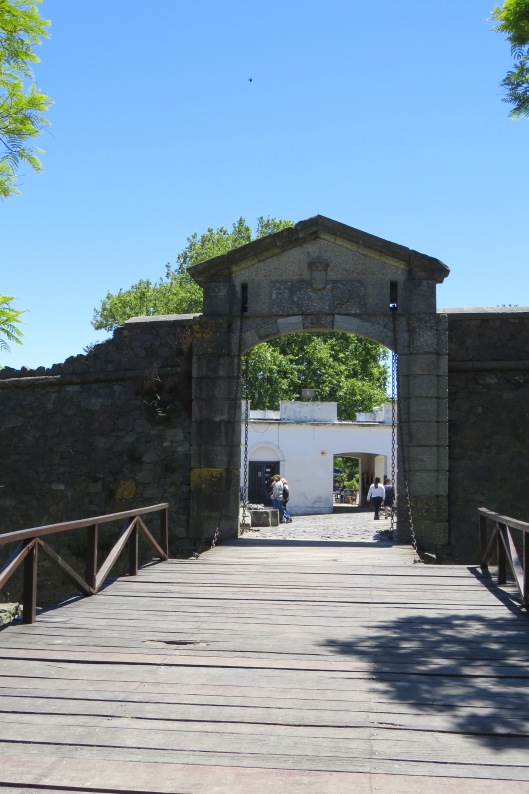 Gateway to the old town of Colonia 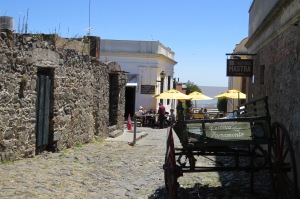 A street in Colonia

I decided to revisit Colonia, a charming, colonial town (a UNESCO World Heritage Site which was originally settled by the Portuguese in 1680) as I had very fond memories of having visited it in 2005 from Buenos Aires. Back then myself and a friend, Diane, took a hydrofoil across the Rio de la Plata River from Buenos Aires which took about one hour. This time I took a bus tour from Montevideo, about 160 kilometre trip. 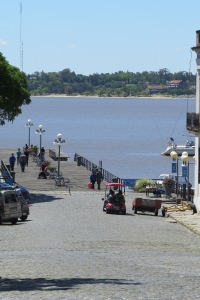 Looking down the street to the harbour

Why is Colonia so charming? It simply exudes its old colonial history with cobble stone streets and old colonial style buildings, no hustle and bustle here. The feel of the town is very laid back where no one is in rush, so I automatically slowed my pace to take in the sites and soak up the history. Because of its UNESCO status, its historic part is maintained as such. You can rent a golf cart to get around the town if you wish! 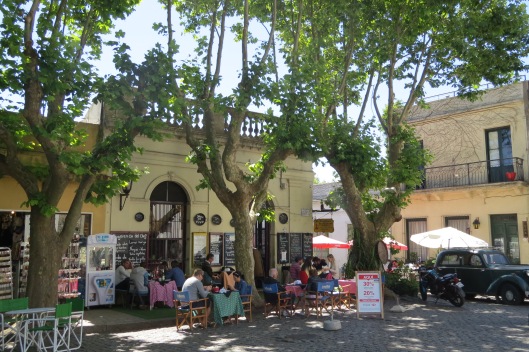 Lots of restaurants and coffee shops in Colonia

Bougainvillea in bloom in Colonia

Colonia has earned its right to a relaxing atmosphere as its past is anything but peaceful. It held a very strategic location as a vital trade route both as a port city on the Rio de la Plata and with close access to the Uruguay River, thus offering easy entry to the interior of the country and Brazil. Colonia often became a disputed territory between Portugal and Spain, where possession of it went back and forth between them many times, accounting for a very tumultuous history. 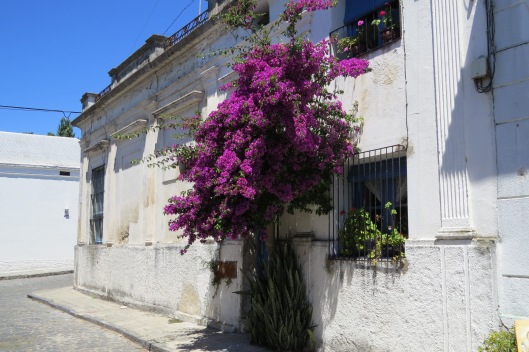 Can you tell I loved the Bougainvillea?

I remember this old Ford from my visit to Colonia in 2005!

And because of this one sees both Portuguese and Spanish influence in the architecture and roadways of Colonia. Portugal built with stone and Spain built with brick, some buildings have an interesting combination of both stone and brick.

The author with a cappuccino, relaxing

It’s an easy town to see in an afternoon, as its historic centre is quite small, with many shops, coffee shops, lovely restaurants and several museums. There is a lighthouse that you can climb up to get a view of the town and surrounding area. I heard that it was worth at least one stay overnight because of the lovely atmosphere created by the old fashioned street lamps that come on at night. There are many small hotels and hostels to accommodate guests.

It appears that fish drive cars in Colonia! 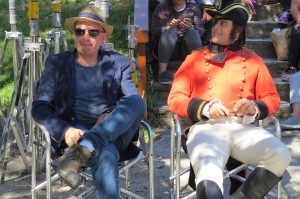 Main actor and director of the film taking a break

The day I was in Colonia a film was being made of an English General, complete with an old fashioned carriage and horses and costumes. What a thrill to observe a film being made! I even shared a few words with the main actor and wished him well with the film

More actors in the film, waiting for their part